So awesome to see this blog still getting views and comments! A wee update from me. I left full-time teaching Term 3, 2018 and am now a full-time videographer. You can follow my journey @ 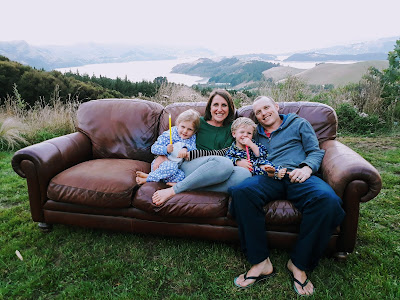 Posted by Mr Sinton-White No comments:

I ran my last 2.6km today with Taiao. Four years ago our class made, what at the time was a gutsy and ambitious call, to run 2.6km on a daily basis. I never thought for a second that 4 years later we'd still be running! The motivation behind this was simple. As a school we observed a concerning trend with attitudes towards aspects of school deemed 'hard'. Students were simply giving up upon making their first mistake or in many cases, not attempting 'hard' things at all. We observed that students facing challenges that weren't providing instant gratification, success or tangible rewards were simply quitting or not tackling them at all. This was an alarming trend. As a result, we implemented the William Pike Challenge Award AND the daily run.

The expectation for the last 4 years has been that if it's fine, we'll be running. For many, this has been a massive challenge. In the beginning, students would come up with any excuse they could think of to 'get out' of the run. I have a 'poor excuses' (not 'reasons') folder on my desk that's bursting at its seams. Now, those same kids that were coming up with some of the most creative excuses of all time, have accepted the run as part of their daily routine. They wake up knowing that they'll probably have to run and that it will be hard. They are okay with this because their bodies and minds are reaping the rewards from being okay with this. They are okay with this because hard work works; because if something is hard, then it is worthwhile doing.

Yes, 'not every kid is a runner'. I get that. I get that more than most because I was that kid. I was far stronger in short distance runs and was terrible when  Cross Country came around. In fact, Cross Country was one of the things I detested the most about primary school. Why? Because my attitude sucked. No one taught me about mental grit, resilience or the positive effects personal fitness can have on your wellbeing as a whole. No one taught me that I could personally benefit from saying 'yes' to challenges  thatmade me scream 'no!' I didn't learn that until much later in life - namely, when joining Scouts and being sent on an Outward Bound course.

'Eating dirt' is a phrase coined by Steve Gurney. When he visited our school last year, he stated that our daily run is the best thing we could be doing for our students for all of the reasons listed above and more. He’s worked in schools across the country with thousands of kids and is shocked by the lack of good solid fitness programmes in schools. I’ve had old students come back from High School stating how much they miss the run because fitness programmes are geared more to much lower levels of fitness - by the time our guys start High School, they’re motivated, mean running machines!

Last night I had the honour of listening to our two students, Lochie & Sammi, speak at the annual Rotary Speech Competition.

They nailed it. Both students rose to the challenge and hit home runs. All the preparation and practise was totally worth it. The audience last night were absolutely mesmerised by their performances. Thankfully, the judges were also impressed - awarding Lochie first and Sammi a very respectable third. There were some incredible speakers last night; some formidable competition! Our students did not let this intimidate them, rather, they delivered the best performance of their speeches to date.

Lochie and Sammi, we are so proud of you!

Paroa School's student leaders ventured over to Christchurch for the National Young Leaders Conference earlier this week. It sounds like they learnt heaps and are energised to make a real impact on our school. Thank you to Miss Boulding for organising and Trish for driving!
Posted by Unknown No comments:

Check out some of the action from today's Mandarin class!
We are lucky to have her with us (on a weekly basis) for the rest of the year.
Posted by Unknown No comments:

For the last 5 weeks, Taiao has been exploring debating. To date, we have had 3 epic debates. Check out their reflections below!

Jack E made this stellar film to showcase our epic journey down river!

Thanks to Konnah for producing this awesome short film. This was our first challenge of the year...only 7 to go!

What I love about this experience, is that it's different every time. I'm not talking about the environment (which is constantly changing), but the dynamics of the participants. The range of experience, ability and confidence within each group I take through is vast - ranging from super confident adrenalin seekers to the most cautious and anxious. I absolutely love witnessing the adrenalin seekers 'get their fix' and the more cautious challenging their personal comfort boundaries. Yesterday was no exception. I am so proud of how everyone tackled yesterday's challenge. The conditions in the cave yesterday were optimal - it was flowing slightly lower than normal which meant the 3 small waterfalls were super punchy and meant students really had to commit to the challenge and help each other.

The beauty of this experience is that once you're in, you're committed. Moving upstream is a lot easier than navigating downstream. There's one way in, and one way out. There were plenty of students 'peaking' throughout the experience (peaking is an expression used by outdoor instructors to describe the feeling of max-freak out and excitement combined). I was super proud of the way in which the students supported each other - with some even recognising when others' were struggling and offering help when needed. Having awareness like this is a really important attribute when tackling challenges in the outdoors. Knowing your mates 'have your back' when the going gets tough is an amazing feeling.

The exit from the cave is often what challenges students the most. It appears, and essentially is, quite daunting. A series of steel rungs protruding from a sheer rock face with nothing but a swirling torrent of water below. Upon reaching the top, you think it's all over and then are faced with a sheer cliff face, covered in slime and a space only big enough for a commando crawl to exit to the light and cheers of your fellow cavers.

I was talking to Rhea on the way down to the entrance to the cave. Her sister, Grace, had been through the cave a couple of years ago. Rhea, desperate for more information, interrogated her sister. Rhea stated that Grace could recall almost every moment from the entire experience; the environment, her emotions and how she managed herself and helped others. I asked Rhea if she though Grace could recall the maths lesson she had in Week 2 of Term 3. I know what you're thinking, apples and oranges right? But are they really?

Making education engaging, relevant and influential is the biggest challenge every educator faces today.
Posted by Unknown No comments:

Today Emma ran a brilliant lesson on Chinese tea and culture. The students got to sample 4 different types of popular Chinese tea.